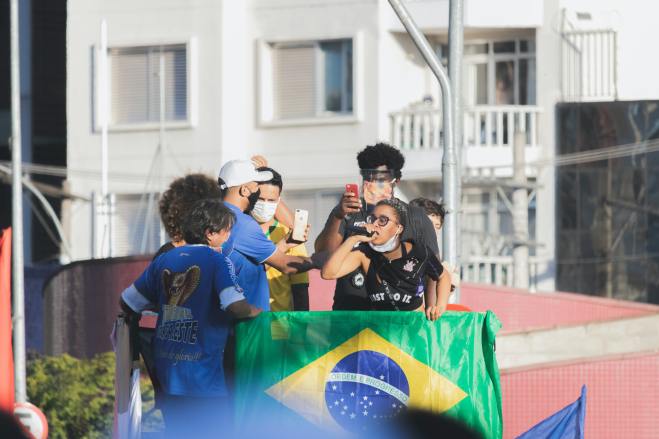 This roundup summarises the most important news stories around the world in the last two weeks (July 1 to 15, 2020).

Coronavirus infections and deaths continue to rise around the world. Two modes of transmission are now acknowledged by the World Health Organisation (WHO): Aerosolised micro droplets which linger indoors for hours, and infected individuals with no symptoms. In Brazil, president Jair Bolsonaro tested positive for the coronavirus. The country has the second-highest number of coronavirus infections in the world, after the United States. In the US, The Trump administration officially announced that the country was leaving the WHO.

At the same time, Kazakhstan became the first country to reimpose a nation-wide lockdown after a spike in coronavirus cases.

Political developments in Asia: In Hong Kong, China passed a sweeping national security legislation, ostensibly targeting a small minority of people engaged in acts of secession, subversion, terrorism, and collusion with foreign forces, while protecting the basic rights and freedoms of the majority. Pro-democracy politicians and rights activists registered their opposition to the law. In response too, up to three million Hong Kong residents will be offered the chance to settle in the United Kingdom, and to ultimately apply for citizenship.

Russians voted in a referendum on constitutional amendments, which would potentially allow president Vladimir Putin to remain in power until 2036.

In Poland, turnout at an election broke a quarter-century-old record. President Andrzej Duda won the first round, but the election went to a run-off because he did not secure a simple majority, where the conservative president battled against a centrist candidate. Later, Mr. Duda won in the run-off with a little more than 51 per cent of the votes. This was the closest presidential election since the end of Communist rule in 1989.

Geopolitical and agricultural concerns in India: Following a clash between the countries in June, the Indian government banned dozens of Chinese mobile applications, including TikTok and WeChat. In addition, scientists warned warning that the number of locusts in the country – which has dealt with over 20 invasions so far this year – would reach a trillion.

News from Asia: In China, authorities are said to have sterilised hundreds of thousands of Muslim minority women, as part of a broader campaign to crack down on the Uyghurs. And in South Korea, the mayor of Seoul was found dead hours after he was reported missing by his daughter.

Finally, in other news of attacks and accidents: