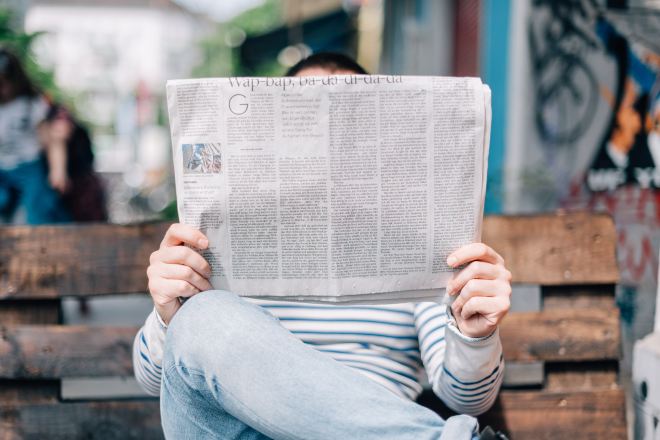 Although “Singapore, Disrupted” (2018) by political columnist and ST Opinion editor Chua Mui Hoong – a collection of her essays and published articles – offers an interesting primer of the ostensibly most pressing socio-political issues in Singapore, its effectiveness as a call to action on these issues is less clear. By drawing primarily upon past pieces, even with the fresh inclusion of four introductions to each of the four parts of the book, a vision of or roadmap to the future appears absent. Moreover, the book’s most substantive part on the class divide is not necessarily followed by equally insightful parts on disruption, on politics in Singapore, as well as on founding prime minister Lee Kuan Yew, prime minister Lee Hsien Loong, and their family.

Chua’s thesis, nonetheless, is straightforward: Singapore is experiencing disruption as a result of a changing world, and how the country responds to disruption will shape its future. “A fraying consensus; elite contestation; questioning of what makes Singapore exceptional; and rising inequality driving a wedge between the ‘best’ and the rest. These add up to a rather toxic brew for Singapore”, she argues. Based on what she observes and has penned in the past, these essays and articles are organised in four parts: First, “The Class Divide”; second, “The Brave New World of Disruption”; third, “Politics in Singapore”; and fourth, “Chronicles from the Court of Lee”.

The first part on inequality is by far the strongest of the book, as the limits of an “academic aristocracy” and the perils of elitism are highlighted. Chua’s introspective musing that “if driving skills were the arbiter of pay and status, I would be among the low-income for sure” reflects the opinion that many Singaporeans are or could have been disadvantaged because of their comparative academic weaknesses, even if they possess other strengths. Beyond statistical trends or policy evaluations, she recognises her personal privilege (“when things come easily to you, you tend to like challenges and take them in your stride”) and her social experience of inequality and poverty in Singapore (“I find that my social networks are indeed congregating along class lines”), ultimately calling for “a more rigorous look at how our much-vaunted meritocratic system may be failing those who deserve to succeed”.

And while the third and fourth parts were well-organised and appear to stem from a genuine desire to improve the country’s political state of affairs, their weaknesses – as it was with the first part – lie in the lack of substantive answers to the question: So, what’s next? In other words, “Singapore, Disrupted” has all the questions, but not the answers.

For instance, the book is full of broad statements such as this: “There is an urgent need to rethink assumptions underlying Singapore’s social policy approach, and do the hard policy work of coming up with alternatives, and the even harder political work of convincing people to buy into new kinds of social security programmes that share risks in a different way” (emphases mine). Yet, what new principles or assumptions should feature? What are the new social policy approaches or alternatives? And how exactly should the political work be communicated?

Nowhere is the dearth of answers most apparent than the second part of the book. For Singapore, the challenges associated with economic and technological disruption are probably the most urgent, yet it was also the slimmest part of the book. More problematic than the lack of new ideas or calls to action is the slightly ironic discussion on disruption to the news and journalism industry, given the Singapore Press Holdings’ – ST’s owner – lacklustre financial performance and its 2017 retrenchment exercise, which was alluded to in the book. So what does innovation look like in ST? Where does ST see itself in the future, from the view of a veteran editor and journalist? And how should ST’s performance be evaluated?

Like the previously mentioned statement, a similarly broad one is proffered about Singapore’s news and journalism industry: “For the Singapore media, the challenge is for us to step up, going beyond our traditional consensus-building role, to provide more incisive journalism that does not duck difficult issues. Otherwise, without quality information, what might be the long-term effect of mindlessly imbibing low-grade content and digital ads doled out to us?” (emphases mine). Again, what are these forms of incisive journalism and difficult issues? What do they look like? How exactly will the media step up? And what are the tangible alternatives to the low-grade content or digital ads?

There is a simple litmus test too: As a newspaper, is ST doing a better job now? After all, if the insights on one’s own industry are limited, it is difficult to constructively evaluate the ideas or proposals one has for other industries. Or even for Singapore.

Overall, even though disruption is both the book’s title and thesis, familiar narratives of Singapore and its socio-political development – even if the occasional column shows signs of resistance – persist, seemingly preserving the discursive status quo. Perhaps these narratives are embedded in the journalistic style of the essays and articles, guided by an internal rubric Chua devised for herself: “I would write one pro-government article, one neutral, and then reserve my bile for the third”. And perhaps, in this vein, answers to the questions of disruption in Singapore will only emerge if preconceived approaches or positions are discarded in favour of bolder, but rigorous and reasoned, challenges to the present, with an eye on the future.