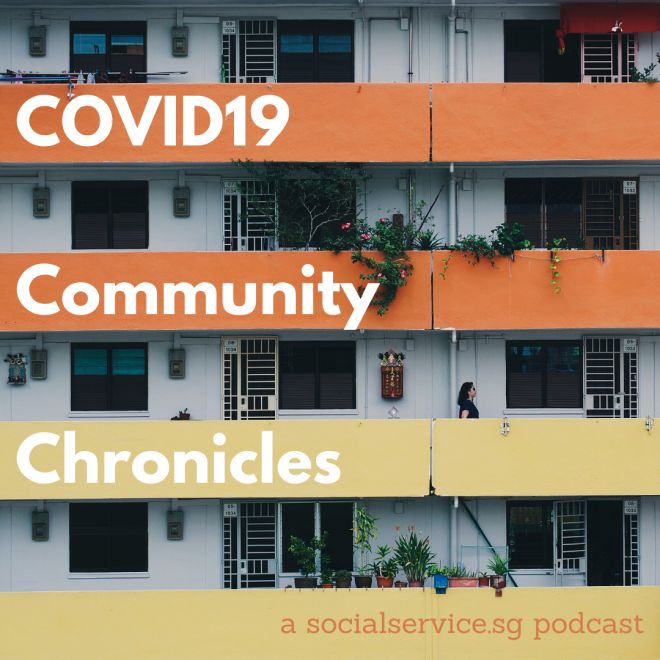 Posted on May 1, 2020February 19, 2022 by guanyinmiao Posted in COVID19 Community ChroniclesTagged COVID-19

COVID19 Community Chronicles is a socialservice.sg podcast which documents community initiatives and discusses related structural or systemic challenges or issues. The podcast is hosted by Anchor and is also available on Apple Podcasts and Spotify. The full list of episodes are also available.

The rapid spread of the coronavirus among migrant workers has reflected serious lapses in Singapore’s pandemic planning in the country, but it would be remiss to not discuss the policies surrounding migrant workers and immigration in a more systemic or structural manner. For this, we turn to Professor Kenneth Paul Tan of the Lee Kuan Yew School of Public Policy, at the National University of Singapore, who is an expert on Singapore’s politics, society, and culture. He has written extensively and holistically on the tensions and contradictions around Singapore’s transition from a developmental state to a neoliberal global city.

On Labour Day, we focus on chapter 6, “Moral panic and the migrant worker folk devil”, of this 2017 book, titled, “Governing global-city Singapore: Legacies and futures after Lee Kuan Yew” (https://www.routledge.com/Governing-Global-City-Singapore-Legacies-and-Futures-After-Lee-Kuan-Yew/Tan/p/book/9781138344150). In the chapter, he discusses the effect of Singapore’s deeper participation in neoliberal globalisation and the tensions resulting from higher levels of immigration.

We first invite him to explain theories such as neoliberal globalisation and political authoritarianism (as well as pragmatism and technocracy), to set the context of our conversation. Next, we trace our growing reliance on migrant labour in neo-authoritarian Singapore, leading to an evaluation of the present migrant worker situation. We also cover events in 2013 – the Population White Paper, the protests, and the Little India riot – and the extent of continuity we might be experiencing. Finally, we think about how ideological shifts in the country might look like.