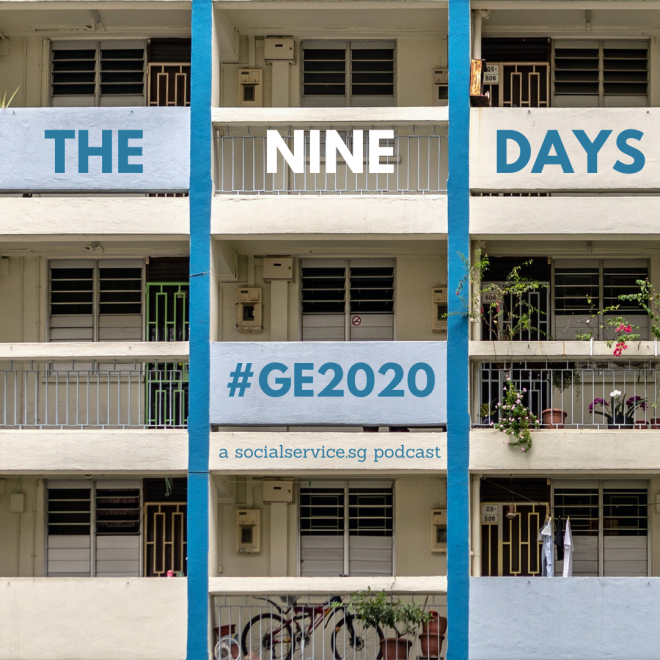 Voiceover: “Political parties fielding six and more candidates in this election are eligible for party political broadcasts. For General Election 2020, a total of seven parties are eligible. Airtime is in proportion to the number of candidates fielded.” (00:00 to 00:18)

Today, seven political parties addressed Singaporeans in the first party political broadcast of GE2020. There were no surprises. Everyone agreed that with the COVID-19 pandemic and the economic recession in its wake, Singaporeans face very tough times ahead.

Jobs and adequate wages as well as the cost of living were the common themes.

The ruling People’s Action Party’s Heng Swee Keat echoed his party’s call to be given a clear mandate to lead the country through the crisis. Opposition parties warned against a PAP monopoly. Here’s Dr. Tan Cheng Bock of the Progress Singapore Party:

Dr. Tan: “Finally, if you put us into Parliament, we will be there to check how the next government will spend our reserves over the next five years. The PAP will tell you that they can ‘ownself check ownself’. Do you agree?” (19:26 to 19:44)

Mr. Singh: “Our nation needs protection against complete dominance of Parliament by one party, which could allow a tiny number of people to control everything.” (14:54 to 15:04)

I think this frustratingly bland broadcast has revealed three things about this very muted GE2020 campaign.

First, this pandemic was an opportunity for us to slaughter sacred cows. Change our thinking on old ideas. For us to think if our social safety nets are still adequate. And if we are leaving anyone behind. But the parties seem content to flog dead horses. Discussing old issues, some of them laced with familiar anti-immigration sentiments which border on xenophobia.

Are we not capable of imagining alternative futures?

The lack of physical rallies hurts the opposition parties

Second, the lack of outdoor rallies is hurting the opposition parties. I went to rallies in 2011 and 2015. The atmosphere was always electric. When the Opposition made jabs at the PAP, the high salaries of overpaid ministers, the crowd would boo. And when candidates promised to lower the cost of living, the crowds would cheer.

It’s just not the same online. Singaporeans are tired of staring at screens. And if we have the energy, how do we choose from the many online chats and virtual rallies happening at the same time?

Political broadcasts will continue over the next few days. This time, we will hear from candidates contesting all the SMCs and GRCs. But I don’t know how any voters will actually tune in.

Finally, the third thing is that without physical rallies, it’s become much easier for the PAP to control the election narrative. In the past we would see Facebook and Twitter pages as well as mainstream newspapers flooded with content from the many rallies. Yet now, we’re all just talking about the same issues. Issues like the ones we heard at the broadcasts. Like the NCMP scheme. Like whether the opposition parties might be wiped out.

Rallies have always been the best way for opposition parties to reach a wide audience and gain support in a short period of time. It has always been difficult for the Opposition, but rallies were a special, vibrant feature. They levelled the playing field slightly. And they brought Singaporeans from all over the country to a single spot. At the CBD. An open field. Or, a stadium.

I really, really miss the rallies.

That’s all for Day 3. We’ll be back tomorrow.